On Nov. 14, Cain’s swim team will compete against five other Klein ISD schools in an annual battle called “Duel in the Pool.” The battle will take place at the Klein Cain Natatorium, and will begin at 5:45 p.m.

Each high school in the district will get the chance to showcase their talents in different events such as 200 medley relay and freestyle, and 100-meter backstroke, breaststroke, butterfly, and freestyle. While each event varies in scoring, each athlete with the chance to place and set the tone for the rest of the season. Though these athletes spend most days after school practicing, some are still nervous about the competition.

“I’m excited about the meet and I’ll being swimming 200 individual medley and the 500 freestyle, and 2 relays,” Charlotte Gottfried said. “I’m nervous about the 500 because the last few times I’ve done it I didn’t do well… I’m hoping the training I’ve gone through will make me better.”

As each athlete competes in different events the battle will be live-streamed online at Cain Live’s YouTube page. With Duel of the Pool being an annual event the pressure is on for each school to compete and bring multiple wins home as bragging rights. Though each individual win doesn’t overall affect the team, the duel is important to those competing and will serve as a display of their hard work.

“To the team duel in the pool is one of the most important meets,” Macie Lindenmier said. “It shows other schools in our district how hard we’ve worked to accomplished our goals.”

With the pressure on, the team is preparing by watching their diets, conditioning, and waking up early each morning to practice their craft. Under the guidance of the coaches, Laykin Luker and Elizabeth Botkin, the team hopes to do well and send a message to the district for this year’s swim season.

“I wake up early in the morning to come get in a cold pool,” Dylan Cluff said. “…not knowing what to expect for practice.” 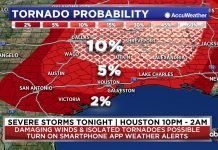 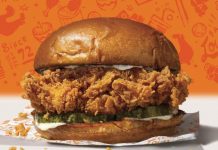 The Rise, Fall, and Resurgence of The Popeyes Chicken Sandwhich 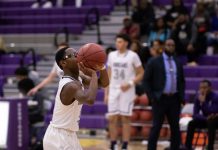 Rolling Into Basketball Season: The Start Of Something New