CAIN LIVE
Home Features Rolling Into Basketball Season: The Start Of Something New

In just under a week basketball season will kick off for both the Lady Canes and boys basketball. In preparation, both boys and girls practice has started up, with sessions every day after school to get athletes ready for the season. While the Hurricanes often spend time conditioning and running drills, they’ve also spent time in the weight room building different muscle groups.

“We are excited to be starting our third year…it has been an honor to watch our girls commit to our process in the weight room and on the court,” girls basketball head coach Melissa Fields said. “Our sights are set for a playoff push this year.”

Since the Hurricanes just underwent tryouts, the coaches have already placed the athletes on Freshman, Sophomore, JV, and Varsity teams. Though the Lady Canes are being guided by the same coaches from the previous years of Lady Canes basketball, Melissa Fields and Danielle Paley, the boys are under the supervision of a new head coach.

While Tyleil Bradshaw and Ryan Toth still coach freshman through JV, this year the Varsity boys are under the supervision of Jonathan Cook, a coach who previously worked at Klein Forest. While this is Cook’s first year at Cain, he has several ideas on how to improve the boys this season.

“The boys have been working really hard in the preseason,” Cook said. “I am trying to get them to maximize their potential. Push them to go harder and further than what they think they can, I want to push them beyond what they believe.”

Prepping For The Future

Although both girls and boys athletics have improvements to be made, the coaches and athletes are working hard in hopes of a fruitful season. As each day of practice brings something new for the Hurricanes, their out ook on the season changes. Though the season doesn’t officially start for the Lady Canes until the 8th, and the boys until the 15th, both the coaches and athletes remain fixed on the outlook of the season, and the outlook of the future.

“The hope is to improve in all aspects,” Cook said. “I would like them to be better basketball players…hopefully build them a better future for themselves, and become better men.” 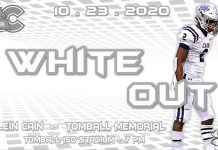 This Week’s “White Out” Game 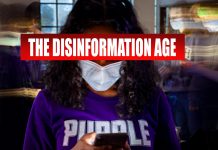 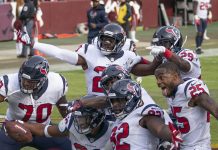