With the repetitive hours of practice, month-long summer camp, and competitions throughout the season, there are a numerous amount of tribulations the musicians face as they perfect their show for the year. They’re an activity like no other that requires the use of their mind, body, and outright determination for success. However, there is debate over the fact regarding the marching band’s classification as a sport. Many argue that it’s not, while others imply that it meets many of the requirements for it to be categorized as one. After all, a sport is known as, “an activity involving physical exertion and skill in which an individual or team competes against another or others for entertainment.”

Marching band is most definitely a sport. People may say that it technically doesn’t fit into that category, but like any other sport, marching bands still have finals, events similar to playoffs, and they require a lot of physical strain from the body.

The marching band starts practice at the end of July and throughout the month of August for the majority of each week. They must stay alert hours in a week to perfect drill and learn their show music while marching on the practice field located on the bus parking lot. A lot of practice is put in by the entire band as a whole, with the guidance of directors and students involved in the band’s leadership staff. A physical is even needed on file, as it’s considered to have a lot of risks just like the athletic programs in the school. Moreover, the marching season is categorized as a P.E credit for students.

Moreover, this prepares them for their performances not only during varsity football games but for real competitions against other marching bands as well. They can play against each other in area, state, region, and national competitions. Though they don’t physically face off against each other head-on, they take turns performing in an official stadium with judges critiquing them based on several factors such as technique, musical talent, positioning, and more.

People even go to watch the marching band not just to support them or to pass the time, but also as a form of entertainment. The stands can be heard rooting for their friends and kids marching in the filed below while playing mesmerizing music and performing unique choreography.

Though many people find it hard to believe, it is very likely that the marching band could truly be a sport, pushing aside factors that could deny it. It falls under all the categories that make it so and continues to amaze people to this day.

Should Marching Band qualify as a "sport"? 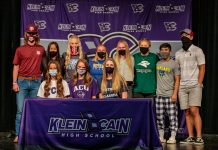