A few simple words, along with actions taken by Blizzard Activision in response to them, have sparked controversy amongst the gaming community in recent days. Blizzard, best known for World of Warcraft, Hearthstone, and Overwatch, has thrown itself deep into a controversy surrounding China, Hong Kong, and freedom of speech. Recently, a competitive Hearthstone gamer shouted “Liberate Hong Kong! Revolution of our age!” following a tournament. The decision to suspend Chung “Blitzchung” Ng Wai, a professional Hearthstone player and rescind his $10,000 prize money, has had detrimental effects. Beyond the social and political ramifications, the company has taken a hit. Thousands of long-time players, with hundreds upon thousands of hours devoted, have begun to jump ship. The number of players deleting accounts was so overwhelming that all four ways of account termination were temporarily canceled.

This brings Blizzard to their current conundrum. If they retract previous decisions and statements, it would display a level of remorse that could bring back those who have abandoned ship. However, in doing this the company risks bring on the wrath of the Chinese government. It would not be unprecedented for the country to ban their games and media, which would be a financial hit for the company. The second option, the one that they seem to be keen to take, is waiting out the storm. The world of video games is fast-paced, and within a few days, there may be a new controversy for fans to aim their sights on. In doing this Blizzard could continue on like always, without alienating the Chinese. A good option in theory, even if not morally. However, things are seldom that simple, especially when it comes to freedom of speech.

Despite pushing back against protests that their actions were unjust, the company is clearly beginning to bend. They quietly returned Blitzchung’s prize money, along with reducing his suspension to only six months. Despite this placating action, once avid fans continue to shun and protest against the company.

It’s undeniable that the company is in an unfortunate situation. Here in the West, public opinion of Blizzard is entirely negative, worsening with each passing day. Many major figures have begun to drop out of events such as Blizzcon, with no indication of returning. Others have promised to return, but only under the condition that Blizzard reinstates Blitzchung and returns his prize money. The current state of the public makes it highly likely that Blizzcon will feature protesters.

The real detriment to Blizzard has been, well, Blizzard. It is highly unlikely that there would have been action from China or the players had they simply ignored the comment made by Blitzchung. It was only when they commented and then dealt out punishment, that the comment made was brought to the attention of the public. In fact, in bringing the situation to the Western gaming community, they have created an anti-China movement. While many were aware of the state of Hong Kong, it was Blizzard who moved Western gamers to become involved. 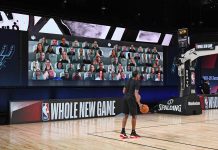 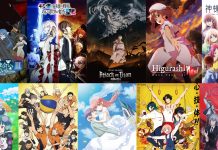 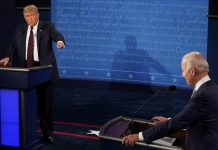