On Sunday the 13th of October, Fortnite players experienced the most daring stunt in gaming history. Called “The End”, the event started around 1 p.m. US Central Time, marking the end of Season X of Fortnite. Now, after two long agonizing days, Fortnite Chapter 2 is finally here.

What Happened on Sunday?

The whole map was sucked into… a black hole. Players attempting to log back on after were met with an imploding lobby screen and with that very same black hole. For those who remained, after a few hours players reported the sighting of numbers and were left in awe. Theories arose of the meaning, but no confirmations have come forth.

For the obvious the inclusion of new weapons, cosmetics (i.e. skins), emotes, gliders and a brand new battle pass. There are also new items and mechanics as well, including: 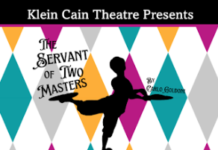