What Is Sleep Deprivation?

According to the American Academy Of Sleep Medicine, sleep deprivation is an insufficient sleep syndrome. Being in this condition could mean lacking the essentials that sleep provides for the body. Sleep restores the day’s worth of damage and replenishes energy leaving the body feeling refreshed and ready to go. Not only does sleep help boost the body’s immune system, but it also affects how someone feels throughout the day. Without the proper amount of sleep, the body can undergo health issues both physically and mentally. This could mean a decline in productivity whether it be work or school.

With the body receiving a minimal amount of downtime, symptoms like unusual behavior, and impulsive actions become problematic in people. In 1959, author and scientist, Eugene Bliss, conducted a study on the mental status of schizophrenic, and sleep deprived patients. According to the National Institute of Mental Health, or (NIMH), schizophrenia is a disorder that affects how someone thinks, feels, and behaves. In the study, Bliss found that the minds of schizophrenic patients were cloudy, similar to the mind of deprived patients.

“Many are diagnosed incorrectly as being schizophrenic,” Bliss said.

While the study progressed, both mentally disrupted patients began to hallucinate over time from mild to severe. These hallucinations not only further perpetuated the instability of their minds but also kept them from sleeping, thus worsening the issue. With the clear mental toll demonstrated in the study for sleep-deprived patients, knowing how much sleep the body needs to function properly is vital.

According to The U.S. Centers for Disease Control and Prevention, 30% of Americans don’t get the proper amount of sleep. That’s over 40 million people. Every sleepless night, the body cant replenish cells and maintain homeostasis to avoid internal havoc. Without the body working like a well-oiled machine to fix the daily damage it accrues, it begins to suffer physically. Increased seizures, changes in growth, and blood pressure are all things bodies experience under these conditions. The damage of deprivation moves slowly throughout the body as it changes and matures. Although the process is slow, the body will begin to display the effects of sleep negligence over time. This can have lasting neurological effects, causing a loss in cognitive, or mental skills.

“When I’m sleepy it’s hard for me to comprehend people,” Rachel Pope said. “I usually just ignore them.”

How Much Is Enough?

Although these students typically endure their level of fatigue, experts recommend about eight to ten hours of downtime.

“I get around six to seven hours of sleep,” student Jenna Mueller said. “I wake up really drowsy.”

Getting the proper amount of sleep can have a positive impact, and change peoples’ lives for the better.

“Sleeping gives me peace from the day I’ve had,” Pope said. “If I didn’t sleep I’d go mentally insane.” 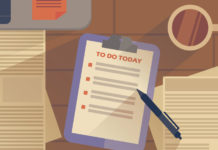 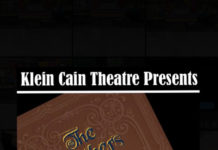