In 1973, Safeway Driving, one of Texas’s largest drivers ed companies, was founded on the basis of “Preventing the Phone Call Nobody Wants”. But with the increasing trend of ride-hailing services, will driver’s ed companies like Safeway be needed anymore?

At the time of writing this article, Safeway Driving employs 100 Texas Certified Driver Ed instructors. Currently, they have 17 locations in Bryan-College Station and the Greater Houston area. Its curriculum requires that students drive at least 90 hours unassisted and an additional 10 hours with a Safeway driving instructor.

On the contrary, ride-hailing services such as Uber, Lyft, Curb, and others evidently do not force passengers to take online courses or practice driving. But that’s not what deters students from taking drivers ed courses. The real deterrent for potential drivers lies in cost.

Right now, a 15-minute UberX (Uber’s most affordable option) in the greater Houston area costs about $16. Assuming that the average American goes to work each morning and returns home with no in-between stops in the middle of the day for lunch or an errand, the total cost of riding each day is approximately $32 excluding surge pricing from rush hour.

Now while this scenario seems more expensive, ride-hailing may or may not be a cheaper alternative when considering other scenarios. Keep in mind that riders aren’t tied to a car payment, budgeting for gas and insurance, and are free to use that time to peruse their social feeds. Although, these scenarios are all dependent on where a person lives, how much the person values their time, as well as other various factors concerned with driving. Some of these factors correlating with whether or not a person should choose drivers ed.

In urban university areas such as Austin, “scooter companies” are now becoming increasingly prevalent. Two of which being Lime and Bird. Similarly to ride-hailing, these companies also provide their users with rides, with the exception that users can drive themselves consciously [with scooters]. With Bird and Lime having more than 100 locations around the world, some urban areas may not even have drivers ed companies around in the next 50 years.

“I’ve seen a bunch of vloggers go around major cities and use them,” sophomore Piotr Fraczek said. “I definitely think it’s a cool thing.”

But that doesn’t mean drivers ed companies won’t be here within the next 50 years. Most likely, driver ed companies will continue to stick around due to the fact that many people still want to own their own personal vehicle. And as long as people want to own a vehicle, Safeway won’t be going away anytime soon.

“I do think there’s going to be regulation that comes with these ride-hailing services. It’s a new upcoming market so I don’t expect it [drivers ed going away] to happen anytime soon,” Fraczek said. “I think it’s one of those core things you need and will probably not go away.” 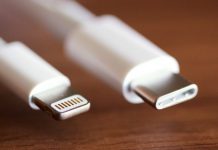 EU Proposal All but Forces Apple to Eliminate Lightning Connector 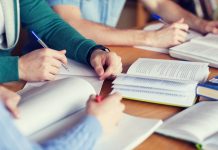 The SAT: Furthering Inequality in Education