Putting the Cain in Cain

Klein Cain Principal, Nicole Patin, and former Klein ISD Superintendent, Dr. Jim Cain collaborated with Tempest Radio to talk about their occupation, family, and what’s coming up in the future. The interview took place on Tuesday Dec. 4, 2018, during first period as the two guests showed up to talk to the Tempest crew.

Cain looked back at his family’s legacy and what led them to their success. He not only spoke on his path to education, but he also spoke on how he continues to expand his learning by taking college courses at Lone Star.

While education is something that both Dr. Cain and Mrs. Patin came to love, education wasn’t always the career path in mind.

“I had total plans to become a doctor,” Patin said. “A teaching job fell in my lap….I realized this is something I want to make a career out of.”

In the same way, Dr.Cain had a different path in store.

“I was potentially headed to law school,” Cain said.

While different career paths came both their ways they eventually found their love for education.

“I made the decision that I really wanted to follow one of my passions which were education,” Cain said. “It absolutely turned out to be the best path that I could’ve ever followed.”

Education was one of the common themes in the podcast that both Cain and Patin wanted to express the importance in.

“It’s not about the destination its about the journey,” Patin said.”I want you guys as students here to really appreciate the journey, and the experience you can have getting your education.” 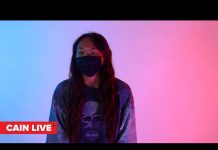 Is it Time to Cancel “Cancel Culture”?