Many have been preparing for Taylor Swift’s upcoming tour for years now; however, a multitude of fans are unhappy with Ticketmaster’s ill-prepared sale for the Eras tour. In response some swifties have decided to take legal action against Ticketmaster.

On November 1st, Taylor Swift announced her first stadium tour in five years: The Eras Tour. With the announcement came pre-sale registration that would end on Nov. 9th, with the pre-sale itself held on the 15th. With the overwhelming number of fans registering for pre-sale, Taylor and her team added 25 additional dates to the tour, prerequisite to ticket sales.

Ticketmaster’s ‘verified fan’ system would hold the pre-sale for the event. How this system worked: a couple of days before the on-sale, if you signed up for the pre-sale, you would receive an email from Ticketmaster stating that you’ve either been selected, or waitlisted  for a pre-sale code. If you received an email saying you’ve been selected, you then would receive a text with your city-specific code to purchase tickets. With over 3.5 million fans registering for pre-sale, only 1.5 million were selected and invited to pre-sale while the other 2 million were wait-listed.

On November 15, at 10:00 am (local venue time)  Ticketmaster’s first big issue arose: the queue pause. When entering to buy tickets during a pre-sale, the queue only let a certain amount of people in at a time to purchase tickets. Ticketmaster later said that they were just working out some minor issues and that the queue would be back up after some brief troubleshooting. Contrary, it was hours later that the queue started to move again. While some fans kept their place in the queue during this pause, many were kicked out and unable to purchase tickets.

Even with the additional tour dates and systemic pre-sale, millions of fans were without tickets. This depravity was due to Ticketmaster’s website issues, which pushed back the East Coast ‘verified fan’ pre-sale and the Capital One pre-sale. Even though the sales were pushed back, fans still had a “horrific time” getting these tickets and were not pleased with the spiked prices.

‘Verified fan’ and Capital One holders ended up being the only fans to receive tickets. Due to the “unanticipated demand”, Ticketmaster canceled general on-sale, leaving millions of fans without a pre-sale code or a Capital One card devastated.

The very few fans who were able to secure their Eras tour seats felt the price they paid for their seats was unjust. 26 of these fans decided to take legal action and file a class action lawsuit against Ticketmaster, along with its parent company, Live Nation. These lawsuits are seeking $2,500 for every violation of California’s unfair competition law. 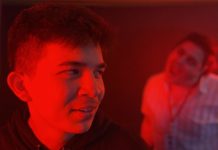 The Reality of Horror 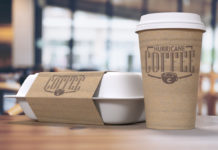 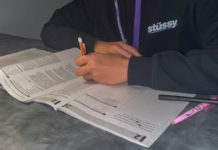 Prepping for the SAT