Due to the campus’s close proximity to both Starbucks’s and Dutch Bros’ Spring Cypress locations, many Klein Cain High students have held an ongoing debate between the two coffee companies.

Starbucks originated in 1971 by Jerry Baldwin, Zev Siegl, and Gordon Bowker at Seattle’s Pike Place Market. It quickly moved down the West Coast and spread throughout the country and later the rest of the world.

Meanwhile, Dutch Bros was started in 1992 by two brothers; Travis and Dane Boersma, in Grants Pass Oregon. This franchise has nationalized in the same pattern as Starbucks, slowly moving down the West Coast through the Midwest.

“I prefer dutch bros because the coffee tastes like real coffee,” said Valentina Lopez; a junior at Klein Cain.

“I prefer dutch bros over Starbucks due to the pricing and sizes. The Dutch Bros medium is the same size as a Venti and the same price as a Tall at Starbucks. Not only that, but the drinks have amazing flavor,” said Hailey Helduser.

These students had very diverse reasoning for their Dutch Bros preferences. Paradoxically, there are similar distinguishments for Starbucks:

“I prefer Starbucks because I have tried at least 4 different things from Dutch Bros and they all taste the same. Plus, their frozen drinks can never even stay frozen. Starbucks also has more aesthetically pleasing drinks,” said Sameen Mall.

However, this Dutch Bros vs. Starbucks conflict is a prevalent sense of neutrality between the two.

“While sometimes, a Starbucks’ shaken espresso pick-me-up is exactly what I need to get through the school day, there are times I prefer the melodic flavor of an Iced Vanilla Chai from Dutch Bros,” said junior Savannah Shannon.

“I am in the middle because I really love the Starbucks matcha latte but I also love dutch bros golden eagle also another point, both places are directly next to each other and prices are equally the same,” said Brooklyn Elizabeth.

Although despite personal preferences, we are all just coffee consumers looking for that little push before class. Albeit cliche, we are all similar despite that difference in beverage choice. 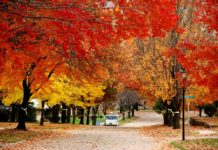 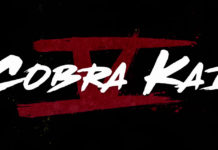 The TV Reboots Need to Stop 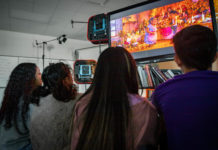 Underrepresentation of Latinos in Media