CAIN LIVE
Home Opinion Will You Be Driving an Electric Vehicle Anytime Soon?

All signs point to yes. As automakers race towards making affordable electric vehicles, the battle for electric vehicle domination, day by day, becomes more intense. And with that pressure cooker of an environment, what is undeniable is that as each automaker tries to out beat one another, each vehicle they release will not only become more affordable but also more reliable.

After Tesla unveiled their $35,000 Model 3, every automaker wondered how (and if) they would do it. A year later, after they delivered their first batch in the summer of 2017, car manufacturers finally knew two things. One being that producing electric vehicles for a large-enough consumer base would be possible and, two, that going electric was undoubtedly going to be the future.

With that conclusion in mind, companies such as General Motors, Mercedes Benz, Hyundai, and many others promised that they would be releasing a whole lineup of electric vehicles within the next five to ten years to test out (with General Motors going as far as committing that all of their cars would be electric by 2025). And since then, the market for electric vehicles has also increased, with the number of electric charging stations increasing year-by-year and the electric vehicle market projected to increase to about 10% of the U.S. car market by 2025.

As of late, rumors of Tesla unveiling a “Model 2” $25,000 hatchback have been circulating the internet, with many believing that Tesla will release the hatchback in three years whenever they ramp up production of their new [tabless 4680 cell form factor] battery cells (which increases energy density, improves power-to-weight ratio, lowers the cost of production, etc.) An innovation that will aid in streamlining the production of cheaper and more reliable electric vehicles. Further, as Tesla proceeds to ramp up production of this battery cell, what’s stopping them from producing other affordable electric vehicles that people may use around the world (such as motorcycles, boats, light trucks, recreational vehicles)? The answer is simple: nothing.

However, despite their current advantages, as automakers get a better handle on producing electric vehicles, they too may be able to ascertain advantages that Tesla does not currently have and level the playing field. But as of right now, what they know for certain is the current advantages they have come from the design of their cars and the cult following a few of them have. One great example being the Jeep Wrangler series, the number one most wanted car in America. With the Wrangler series, Jeep plans to debut a fully-electric version of it this March. And for automakers that produce trucks, they too also have an edge on Tesla given that they have the most loyal customers (unless their trucks get price hiked).

Given all that, just because Tesla has the upper hand in electric vehicles, we still have to wait and see who wins the rat race here. But, all in all, what we know will certainly happen is that as time progresses, so will the affordability and reliability of electric vehicles (car or not). 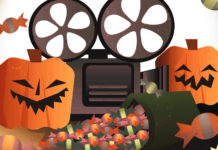