CAIN LIVE
Home Features The Conflict of a 50-50 Senate

On Jan. 6, Democrats narrowly gained control of the Senate after wins in both Georgia runoff elections. This means that Democrats now have control of the Senate for the first time since 2011. While the Senate is split 50-50, Kamala Harris now has the tiebreaking vote. The Senate does not often find itself with a 50-50 split between parties. The last time this occurred was back in 2001. However, it is worth noting that this split did not last for very long.

How This Affects the Biden Administration

Having control of the Senate greatly changes what a president is able to accomplish while in office. This means that, in theory, the administration will have an easier time pushing parts of their agenda through the Senate. However, Democrats did not make the sort of gains that were forecasted back in November, which means that some challenges remain.

However, it is worth noting that having control of the Senate does not mean that everything Biden wishes to pass will be successful. Some more moderate Democrats may shy away from some proposals surrounding health care and climate change, especially those who are up for reelection in 2022. While there will still be struggles surrounding new proposals, having a Democratic-controlled Senate will help to ease the way for Biden’s cabinet nominees.

The Senate cloture rule requires 60 members to end debate and vote on most topics that come to the Senate, which could allow Republicans to filibuster most of the Democratic legislative agenda. This means that the Republicans will maintain more control than a minority normally holds, even with Harris having the tiebreaker vote.

While this rule can be changed to kill the filibuster, the Democrats would still need a two-thirds majority to alter the rule (which they currently do not have). Alternatively, the Democrats could vote to establish a new precedent, which would only require a simple majority. It is worth noting that this option has only been used twice in the past ten years. Even if the filibuster stays, there will still be some things Democrats can pass or remove, but there will also be some things that they can do little about. 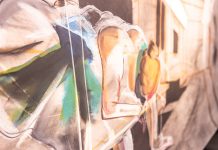 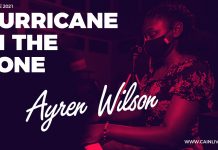 HURRICANE IN THE ZONE: Ayren Wilson