Despite all odds, this year has been a great year for Klein Cain’s tennis team. They’ve had an impressive booster season, won regional semifinals, and even finished as the number eight tennis team in Texas. An impressive feat for a team that’s only been around for four years.

“The JV & Varsity team achieved what few teams in Texas can or ever will. I can’t say I’m surprised. I expect the team to be great,” said the tennis team’s coach and longtime advisor, Dustin Goedde.

Finishing eighth out of over 250 District 6A teams in Texas was no easy accomplishment, however. It took persistence, perseverance, and practice. And ultimately, a great team member as well to fight for the team during regional semifinals. An event that placed them as one of the highest-ranked teams in Texas.

“In regional semis, we were tied 9-9 with Bridgeland [High School],” told Goedde as he began unveiling how the final moments of the regional semifinals unfolded. “Aneek Roy splits sets with his opponent; winner takes all! His confidence that he found going into tie break was inspiring. He crushed his opponent in a super-tie break, and the entire team rushed the court and hoisted him up on their shoulders and shouted: “We believe!!” We got it on film, and I just swell with pride when I see the team explode upon their team victory.”

Moreover, Klein Cain’s tennis team also held an outstanding booster this season in addition to the past successes the team has experienced when fundraising. This success can be pinpointed to solely their parents, who have been incredible supporters throughout the years.

“Parents provide so much for the team in every aspect imaginable! Without their presence and generous attitude, I couldn’t prepare these kids for the challenges they face in playoffs,” said Goedde.

In the end, however, Goedde still believes that the team can still significantly improve in many areas that will both better the team as a whole and make themselves more competitive for next season.

“Next season, the team needs to improve on their mental toughness,” said Goedde. “Being a young team in terms of a school and the players leave us vulnerable to pressure. You can tell when you face an opponent or team who is experienced in high-pressure situations, and learning to keep your composure in times of stress is not easily taught or learned but comes with experience.”

Likewise, many of the tennis team’s own players share the same sentiment and have their own suggestions as to what the team should work on.

“Our top few players are great, but team tennis treats every match equally, meaning that every match counts,” said varsity player Christopher Sumruld. “So, even if our top players win by a landslide, they still need their teammates to win.”

But with many senior tennis players leaving this school year for college, those seniors, unfortunately, won’t be able to see their underclassmen teammates compete next season. With the past four years of playing tennis, however, all of them are proud of how far the team has gone.

“I can’t believe that we managed to be ranked top eight in the state only four years into our existence,” said Sumruld. “We went from unknown to, instantly, one of the top teams in the region and I’m incredibly proud of my teammates for that.” 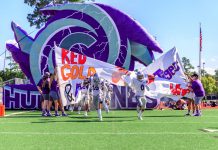 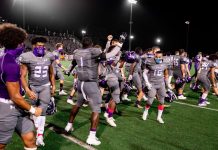 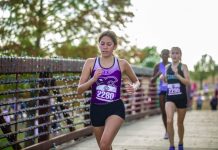 The Start of a Legacy