Monday, Feb. 17th at 9:05 a.m. SpaceX successfully launched 60 new batches of satellites into orbit, with more launching in the coming months. As of now (February 27, 2020), SpaceX has launched a total of 300 satellites as part of the Starlink Constellation, a program constructed in the hopes of providing planet-wide Internet access.

“We’re really talking about something which is, in the long term, like rebuilding the Internet in space,” CEO of SpaceX, Elon Musk said during a speech first revealing the Starlink Project.

Starlink is the satellite system Musk first proposed back in January 2015 and after years of preparation and financing, the startup began, which cost approximately $10 Billion. Then, last year on the 24th of May, 2019, the company had its first batch of 60 satellites launch into low Earth orbit. Each satellite measured to be weighing about 500 lbs and around “the size of a table” according to Sky and Telescope Magazine.

“Starlink is targeting service in the Northern U.S. and Canada in 2020,” according to the Starlink website. “rapidly expanding to near-global coverage of the populated world by 2021.”

Musk has stated Starlink needs about 400 satellites to provide just minor Internet coverage, with 800 only providing moderate. SpaceX hopes to deploy 12,000 satellites from now to the end of the year with even a possible 42,000 over the coming years. To put that into perspective, only about 2,000 man-made satellites orbit Earth as of now and only about 9,000 have ever been successfully launched into orbit since 1957.

“This is going to turn SpaceX into a company that is providing service to consumers, which we are excited about,” President and Chief Operating Officer of SpaceX, Gwynne Shotwell said. “…the service will be less than what you are paying now for about five to ten times the speed you are getting.”

The goal of the project is to provide fast, affordable, and universal Internet directly from the sky. Though SpaceX hasn’t yet determined a definitive price point it’s predicted to cost around $80 or so a month, with an Internet speed of 1 gigabit per second.

“Once fully optimized through the Final Deployment, the system will be able to provide high bandwidth (up to 1Gbps per user), low latency broadband services for consumers and businesses in the U.S. and globally.” Musk stated.

Starlink satellites feature four powerful phased array antennas on each satellite, Single Solar Arrays, and Ion Propulsion Systems that are equipped with “efficient thrusters powered by krypton that enable the satellites to orbit raise, maneuver in space, and deorbit at the end of their useful life.”

But the Starlink project isn’t without its controversies. Back in January, when the third batch of satellites launched, director of the Lowell Observatory in Flagstaff, Arizona, Jeff Hall stated that the Starlinks have been an occasional problem when it came to stargazing and noted that “the risk has increased” as the Starlink Constellation expands and other companies launch their own satellites, essentially blocking the sky.

“What surprised everyone — the astronomy community and SpaceX — was how bright the satellites are,” Patrick Seitzer, an astronomy professor at the University of Michigan, said during a news conference at the 235th meeting of the American Astronomical Society earlier this year. 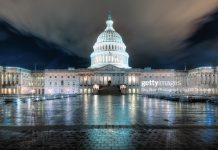 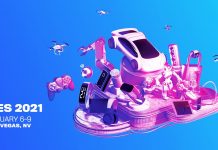