So far this season the hurricanes have had match ups against several teams including  Cy-fair, Magnolia, Fort Bend Kempner, Eisenhower, and Katy. This past Tuesday the boys took on the Fulshear Chargers resulting in a win for the hurricanes 48-46. While the game was close all four quarters, the hurricanes worked together to pull of the win when the final buzzer rang.

“We started off slow and picked it up in the second half,”  Blake Robinson said. “We worked together and got the stops the need to win.”

On Dec. 13 Hurricane Hoops officially played their first district game of the season. Their match up was at Conroe against the Conroe Tigers. While they hoped to carry their momentous win against the chargers into the game against Conroe, the Tigers pulled out the win in the end 51-41. The Hurricanes are currently 6-8 overall and although the Tigers previously defeated the hurricanes both games last season the boys are looking to change the trend and fight for the win next season. Although the boys recently lost, they’re proud of what they’ve accomplished, and hope to continue improving.

“We’re looking really good this season,” Xavier Owens said. “We still have some improving to do.”

With a set number of games left in the season the seniors are determined to make their mark for the future of hurricane basketball in hopes of creating a better future for the underclassmen and themselves.

“I’m looking to play my role and as a team,” Ty Kisleghy said. “Knowing this is my last year I have to set the bar high and make sure that the underclassmen understand that before anything you need to be a student, and always respect your peers and coaches because once you join Cain basketball it’s a family that will show you what brotherhood is.” 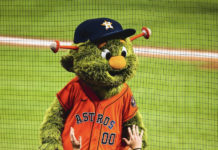 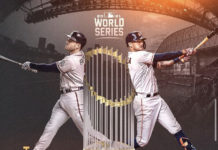